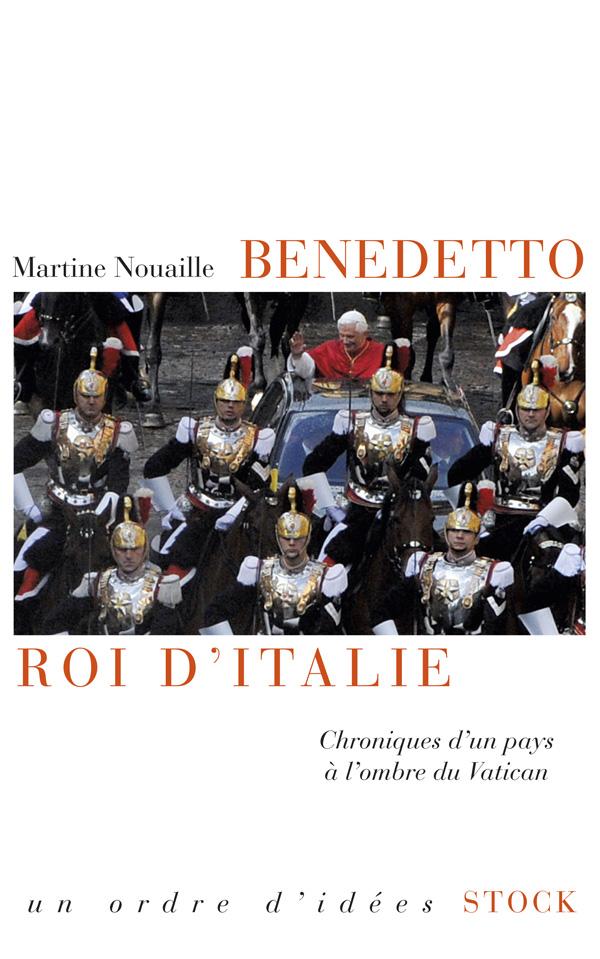 BENEDICT, KING OF ITALY: Portrait of a country in the Pope's shadow
Martine Nouaille
March 2011, 240 pages

For a period of four years, from February 2005 to May 2009, Martine Nouaille followed both Italian politics and the Vatican’s activities. She observed at close quarters how Benedict XVI’s power is linked to Silvio Berlusconi, and how closely the strength of the altar and the economy are connected.
She describes what goes on in the wings of the pontiff’s “reign”: the carefully regulated stage management of his weekly audiences, visits from foreign heads of state, trips around the country in Potemkin-style settings, political networks, financial secrets, intrigues and violent conflicts with certain sections of society about moral and bioethical issues. She shows how the Pope reignited the question of Galileo’s trial four centuries after the latter had been condemned, eliciting the anger of Italian scientists, and reveals there is still a high price to pay for challenging the authority of the church. It is surprising and frightening to discover the combined effects of a democracy in crisis and a theocracy that considers France, according to the hallowed expression, to be “the Pope’s back garden”. Merely an Italian issue? Clearly not. The elegant prose and caustic verve of these latest Italian chronicles also have an impact on France and the way religion is exploited on a basis of democratic weakness.
This book is not without resonance in present day France, whether because of the analogies between Berlusconi and Sarkozy or the latter’s stance on secularity, particularly during his visits to the Vatican. It is also worth pointing out that, at the Pope’s instigation, the first “atheist outreach” talks are set to take place in Paris in March both at UNESCO and the Sorbonne.

As a journalist for Agence France Presse, Martine Nouaille has worked on social issues in France. She moved to Moscow then returned to Paris to explore questions of religion, before being posted to Italy for four years. She is currently on the staff of the Africa desk.