Les Champs de Paris
Auteur
Yann Suty
Parution :
12/01/2011
Collection :
La Bleue
Les Champs de Paris is a bar where Freddy and Cortès – two old friends who are different in every way – meet regularly. Freddy earns a good living, is good-looking and has a gorgeous girlfriend, Anna. Cortès, on the other hand, has no hint of the Don Juan about him and, despite his degree in biology, has a succession of cash-in-hand jobs. To top it all, he is hopelessly in love with Anna. Although he is used to living in Freddy’s shadow, he finally decides to take matters in hand.

Les Champs de Paris is a bar that Vanessa has just discovered. Ever since a serious car crash that she alone survived, she has developed a passion for body-building. Her brother Cortès and Freddy often tease her on the subject. She now has enough muscle to frighten most men.

Les Champs de Paris is a bar where, on the first Wednesday of the month, men in suits and ties wait quietly in a corner before going through a doorway hidden behind a curtain. No way of knowing what goes on behind the beefcake who guards it, or of being invited in. But that underestimates Freddy’s strong will.

Les Champs de Paris is a bar but it’s nothing special according to Anna. She doesn’t understand why Freddy spends so much time there. Either way, he would go to the ends of the earth to avoid being with her. During the day he is at work, in the evenings with his friends. Even though she spends her afternoons shopping at the lavish Galeries Lafayettes, she is bored. Until she goes for a little walk that opens new horizons for her.

Yann Suty was born in 1978 in northern France. He works in Paris as an advertising copywriter and as a newspaper headline writer. Les Champs de Paris is his second novel. 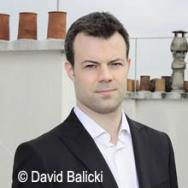 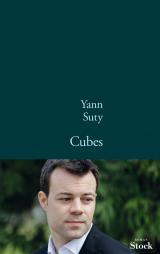