In August 1960, 16 years after the Brazzaville Conference, the Ivory Coast became independent. Colonisers made way for ex-patriots. The former had set up home on land that was not their own; and ever since the latter have been doggedly overexploiting it with efficient machinery and majestic cargo ships. France’s relationship with her former colonies is spectacularly ambiguous.
In 1978 the family of the narrator, who was then eight, moved to Abidjan. The child’s world came to life in Africa: the light, the landscapes the dry seasons and the fierce rains; the teeming streets; the powerful love and affection he is given by the young couple who work as servants for his family; the humour and tragedies… He feels at home there, likes almost everything and understands spontaneously, intuitively that cultural differences reveal an essential and beneficial “exoticism”. 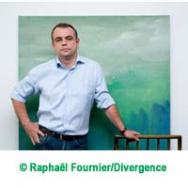