“Now you’ve really left your husband, we can talk. I want you to be my wife. I love you, I want to live with you, but first, you have to leave your children.”

“I’m serious. You have to leave them with their father, I’m saying this for their own good. They’ll be very happy with him; they can go and live in Israel, it’ll be much easier, and you can visit them in the holidays.”

“You know I’m not, because that’s how things will end up for French Jews. Seven thousand Jews have left this year alone, am I inventing this stuff? Soon there won’t be any Jews left in France. Not one Jew left. Can you believe it? The big Vichy dream actually realised by Merahs, Nemmouches and Kouachis. Just the grandchildren of a few simple North African Arabs, brought here from their villages to make nuts and bolts, but who’ll do a better job than the Third Reich, without even needing to put you people in trains. And all by playing on your fear. How clever! And how very cheaply done. France cleaned up without spending a cent.”

An apparently happy woman, married with two daughters, leaves everything for a man who’s not her type and with whom nothing will actually happen. But his type is to be destructive and debasing. Especially with a woman, and especially if she’s Jewish.

Émilie Frèche is a novelist. Her previous books include Deux étrangers (winner of the 2013 Prix Orange and the 2013 Île-de-France Prix des Lycéens young readers’ prize). 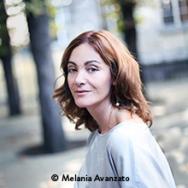