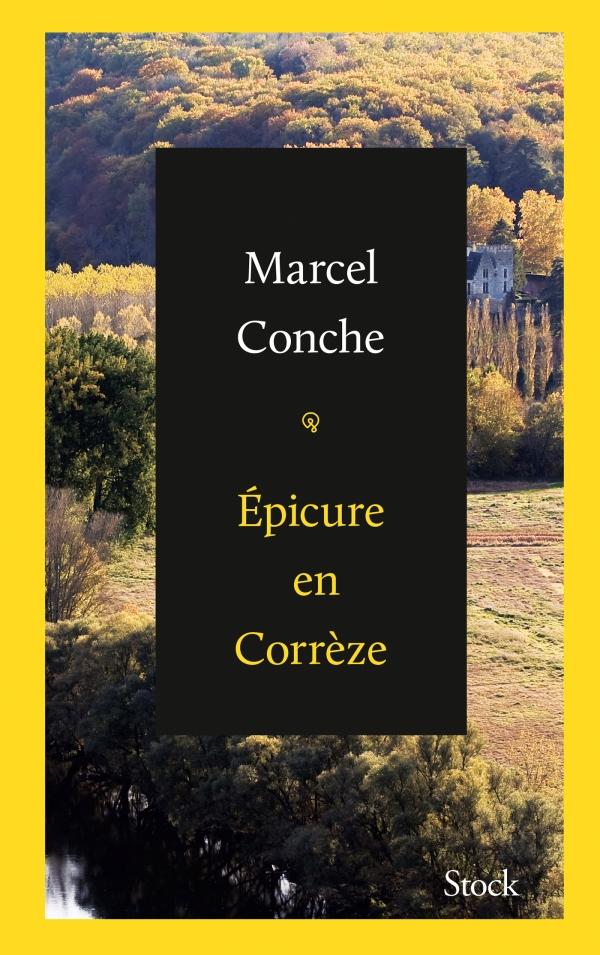 “How did a philosopher emerge from the scrub of Corrèze?” It is with this question that  Marcel Conche, born in Altillac in 1922, comes back to the Corrèze of his birth “full of age and reason,” in the poet’s words. He hadn’t intended to come back to live here. Chance decided otherwise (just as it was chance that saw him become a philosopher when nothing marked him out as one): in 2009 he stacked the boot of his Renault Clio with indispensible books (Montaigne and his beloved Greeks: Parmenides, Heraclitus, Epicurus…) and moved back into Maisonneuve, his childhood home.

Returning to Maisonneuve felt like coming full circle. It didn’t matter that the house had completely changef since he was a child. He made Epicurus’s pared down philosophy his own: the path to happiness comes through the realisation of our natural and necessary desires (food, shelter, thought) and scorn for empty desires (money, glory, greed, carnal passion…).

Where did Marcel Conche hear his philosophical calling? Was it in the woods of Altillac where he liked to get to know Dionysus? Or in the currents of the Dordogne as he sat before them meditating on the passing of time long before reading Heraclitus? Was it there in Corrèze, despite the boredom these “rural circumstances” afforded him, that he chose Epicurus’s naturalist philosophy as self-evident?

Combining childhood memories, a chronicle of early twentieth-century rural life, evocations of his great loves, and lessons in philosophy, Conche describes himself, alone, in a world in which the Greek gods – the only gods in which he believes – occasionally manifest themselves.

Marcel Conche is both one of the most classic and one of the most original philosophers of our time. His work is read by generations of students but also increasingly by enthusiasts of accessible philosophy.