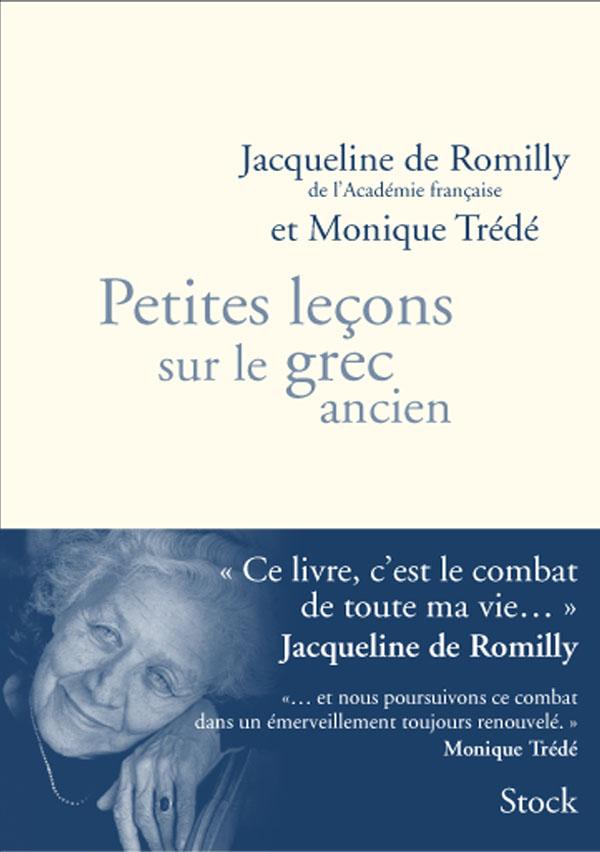 For centuries, Greek was spoken all around the Mediterranean area. The first factor to contribute to the diffusion of the language is the first great colonisation movement in VIII and VII century BC: small groups of Greeks leave their city – Athenes, Corinthia … - to settle in other, often far away lands - Sicily, Great Greece, Massalia (Marseille) or Antibes, and around the Black sea, in Egypt, Cyrenaica and as far as Gibraltar. The attraction of their culture and way of living, exerting an influence from each of these centres, rather modest at the beginning, facilitated the diffusion of their language. So Greek appears right away as the instrument of a civilisation.
After having quickly gone over the stages of the diffusion of this language which Alexander's conquest brought to the borders of India and which stayed alive in the whole of the Roman Empire, this little book, which is intended for the public and, in particular, the non specialists, by multiplying the comparisons with French strives to analyse the traits peculiar to a language combining rigour and flexibility. The reader is therefore invited to admire this, right from the presentation of the grammatical tools (the existence of the three genders, of the three voices, the system of tenses, the optative mode…), but also when the concrete strength of images is evoked as well as the sacred halo surrounding certain words such as Eros or Hades.

Jacqueline de Romilly teaches Ancient Greek. She was the first woman teacher at the Collège de France and then the first woman member of the Academy of Inscriptions and Belles-Lettres. She was elected to the Académie Française in 1988. Her last published work was Le Sourire innombrable (Fallois, 2008).

Monique Trédé, who has passed the aggregation exam and who is a doctorate, directs the Centre of Ancient Studies of the Ecole Normale Supérieure in Paris. A well-known lecturer, she is a regular guest at French and worldwide universities. She has published several works, including Histoire de la littérature grecque, and is preparing a biography of Aristophanus (Fayard).